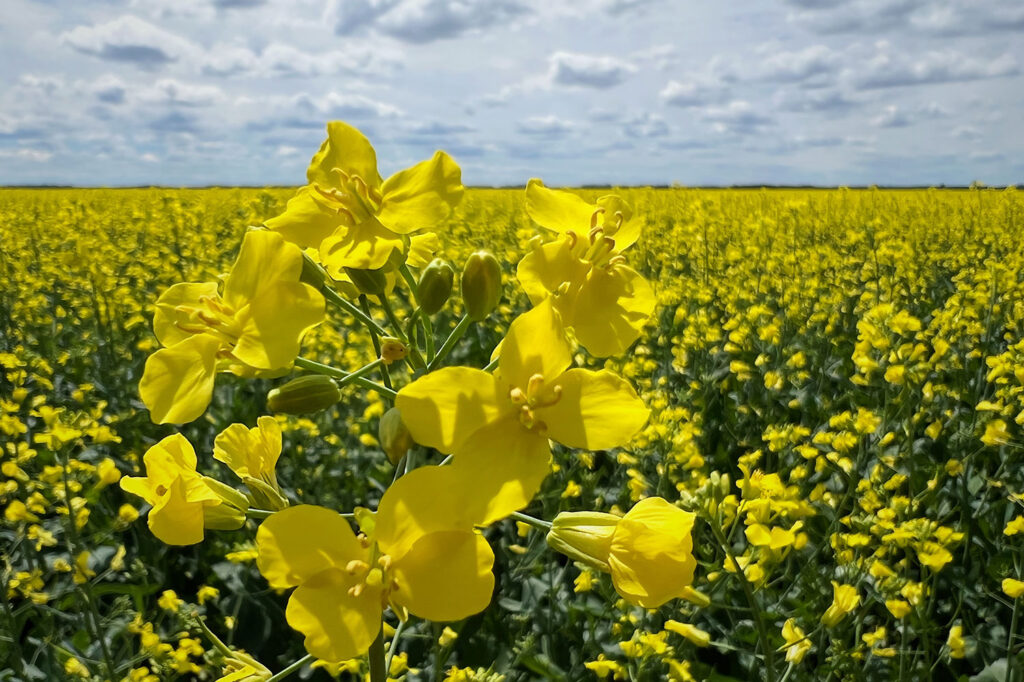 Other canola contributions: inks, lubricants, soaps, paints, plastics, and cosmetics. Canola oil, made into a foam, can also be an eco-friendly way to suppress forest fires. 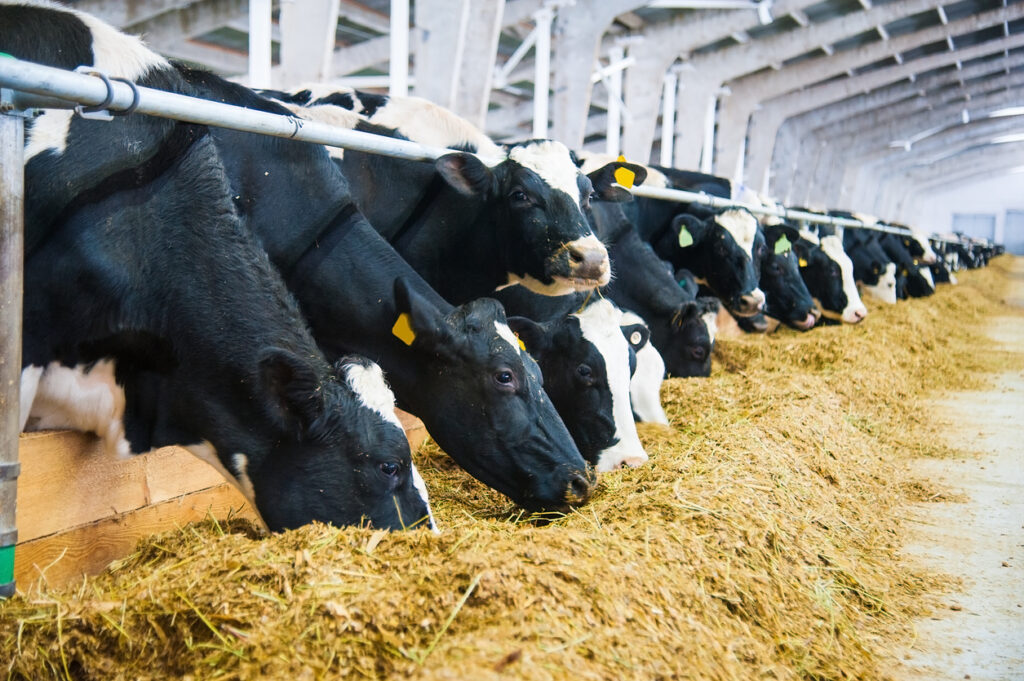 In the world of canola, the oil gets most of the attention. Canola meal – the part of the canola seed that’s left after the oil is pressed out – is also a big part of Canada’s canola story.

Canola meal is high in protein and has an excellent amino acid profile. That makes it highly nutritious for certain kinds of animals.

Canola meal is blended with other ingredients, such as grain, to make a well-balanced feed for dairy cows, chickens, pigs and even fish. With canola meal in the mix, the feed is easily digested and, to the animals, it tastes good too.

Research shows that dairy cows produce an extra litre of milk per day when canola meal is part of their feed.

The milk, eggs, chicken, pork and fish in your diet are made possible, in part, by canola meal. That makes meal just as important as oil in the story of canola.

Canola meal has the potential to be a plant-based protein for human diets as well. Exciting work is underway to bring it to market.

Check out this video to learn more about the amazing uses of canola meal. 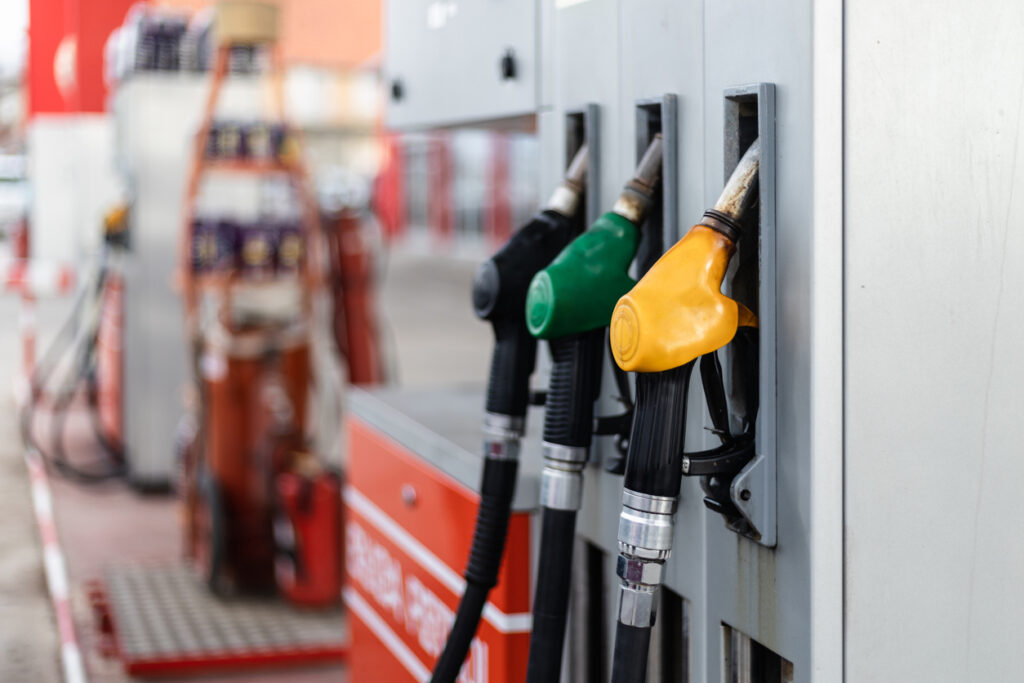 Canadian canola is used in biofuel production around the world because it’s a low-carbon, sustainable and renewable resource – and it’s in abundant supply.

When blended into diesel fuel, canola-based biofuel can be used by passenger vehicles and trucks, as well as off-road equipment used in mining, forestry, construction, agriculture and marine industries.1

Most importantly, biofuels are ready to use right now. That’s a clear advantage over other technologies requiring gradual adoption.

When canola-based biofuels play a bigger role in Canada’s fuel supply, we will achieve real and immediate benefits for the environment, the economy and the whole canola value chain.

How canola helps the environment

Plants take in carbon dioxide and turn it into oil and protein that we can use for food and fuel. The sustainable practices used by Canadian farmers also allow the canola plant to sequester carbon in the soil, preventing it from becoming a greenhouse gas (GHG). This means that compared to other fuels, canola-based biofuels significantly lower GHG emissions. In fact, canola-based biofuel reduces lifecycle GHG emissions by up to 90 per cent compared to traditional diesel. 2 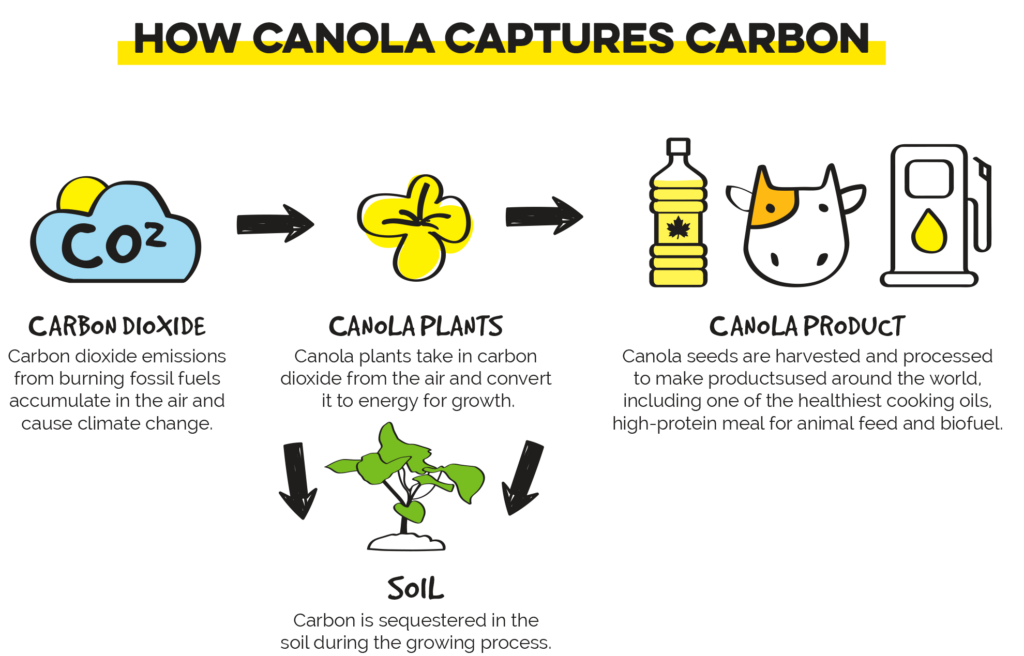 The federal government has announced the development of a Clean Fuel Standard (CFS) with a clear objective to reduce GHG emissions by more than 20 megatonnes.

This will help Canada meet its commitment to reduce total emissions by 30 percent by 2030 from 2005 levels.

Renewable fuel standards that reward low-carbon biofuels are integral to helping Canada achieve its emissions-reduction targets and transition to a low-carbon economy. Today, diesel fuel in Canada must contain 2 percent biofuel, and even at this modest level, canola-based biofuels help reduce annual GHG emissions by 4.4 megatonnes. 3

Incorporating the advantages of canola-based biofuels into the CFS will lead to further GHG reductions. In fact, annual emissions could be reduced by 3.5 mega-tonnes. 4

In Canada, approximately 24 percent of total GHG emissions come from the transportation sector. 5 Canola-based biofuel is a cleaner-burning alternative to diesel fuel that can be blended for use in on-road vehicles, from municipal fleets to long-haul trucks, as well as off-road equipment used for mining, forestry, construction, agriculture and marine industries. 6

How canola benefits all Canadians

Canola-based biofuel doesn’t just help Canada in its fight against climate change—it helps the Canadian economy by creating jobs and opportunity. Learn more about canola’s sustainability and contributions to economic and social sustainability.