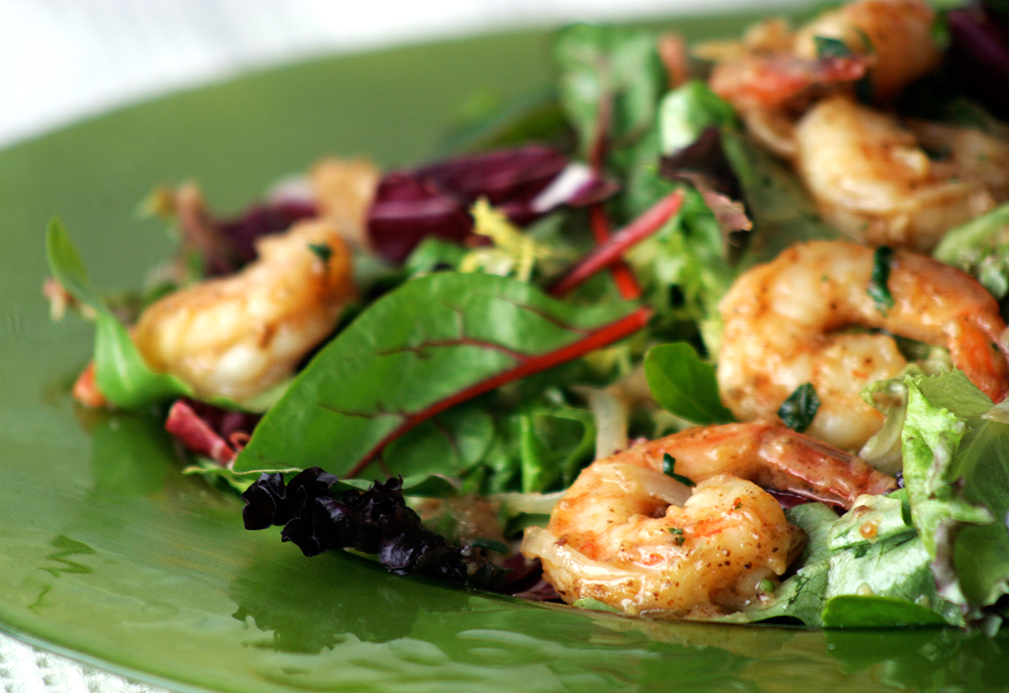 Shrimp, dried chilis, and coriander are classic to many a coastal south Indian meal. The yellow split peas, when used as a spice, as in this recipe's blend, is a hallmark of cooking the south Indian way. When the shrimp is pan seared with shallots (yet another "southie") and served over a bed of salad greens (never eaten in traditional Indian meals) that's drizzled with golden raisin (a component in many an Indian dessert, used here to offset the pungency from the dried red chilies in the shrimp) vinaigrette, the end result is nothing short of magic. Recipe by Raghavan Iyer developed for CanolaInfo