February is the month of LOVE! The Canola Eat Well team loves to share what we’re lovin’ each month, but often wonder: what is everyone else lovin’?

All month long, we are reaching out to our friends and partners to share some love from East to West, from partners to camp alumni, from us to you (it’s like a big group hug from coast to coast). Feeling the love yet?

It’s North meets South in a Pucker up and love Canadian Winter Recipes kind of way. EatNorth headquarters really isn’t that much further North than the Southern Ontario headquarters of Food Day Canada but let’s not worry about geography.  Instead let’s take a look at what these die hard food, and food scene, lovers are sharing with us to tempt our taste buds. 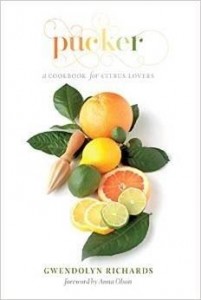 Pucker up: it’s the month of love!

Things can get a little depressing in January, even if Spring is only a few months away. To get a little extra sunshine in our lives, we’ve been continually going back to Gwendolyn Richards’ cookbook, Pucker.

It’s all about the magic of citrus, that way it can sort of wake things up whether you’re cooking up a soup, some risotto or a cocktail like her Meyer Lemon Bourbon Sour that we can’t get enough of. We’re inundated with cookbooks throughout the year, but Pucker continues to stay on the top of our pile. We’re lovin’ it!

EatNorth: More than maple syrup. Highlighting the best of Canada’s culinary scene. Tweets from the Eat North team across the country. Eat it up!
@eatnorthca
www.eatnorth.ca

What Food Day Canada is Lovin’

The team at Food Day Canada LOVES winter in all it’s snowy glory.  After reveling in our great outdoors, it’s the season to take off our mitts and parkas and gather together in the kitchen to cook up some great Canadian Winter Recipes

Food Day Canada: #FoodDayCanada is the largest national food event in the country–get ready for Aug. 1, 2015! Stay tuned for an explosion of all things culinary in Canada.
@FoodDayCanada
www.fooddaycanada.ca