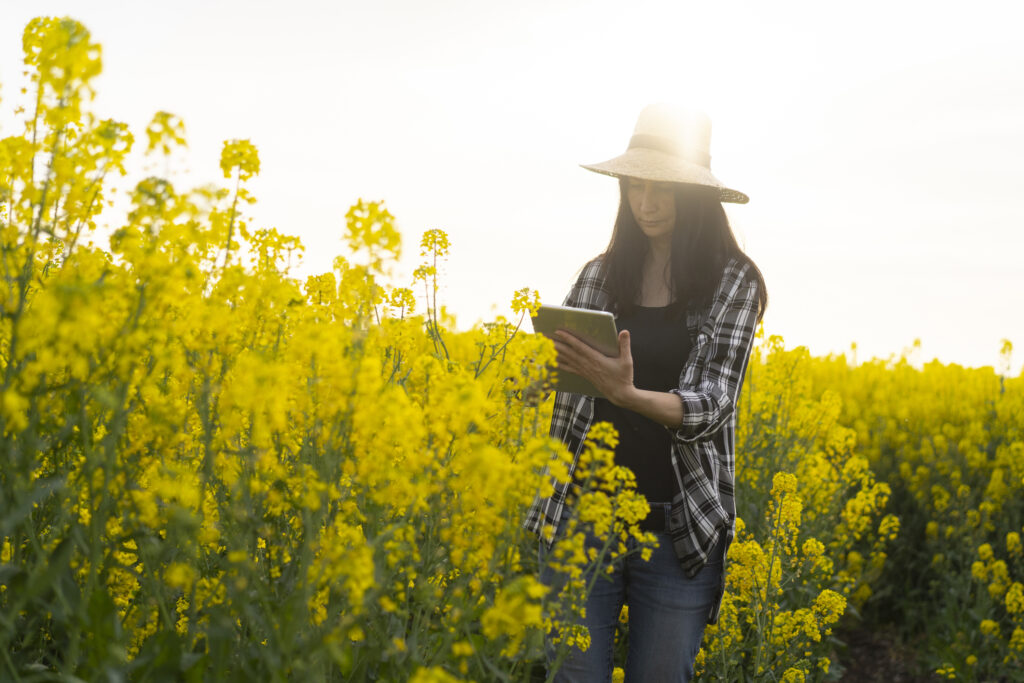 Canola and a thriving economy

The spirit of innovation of Canadian scientists that led to the first canola variety being released in the 1970s lives on.

The continued investment in innovative varieties and management techniques has accelerated the growth of canola to become our country’s most valuable crop.

Canola drives Canada’s economic engine, creating revenue, employment and investments that ripple through the economy as canola is developed, grown, processed and marketed to customers around the world.

Sustainable jobs and growth for Canadians

Many Canadians may not be aware that part of their livelihood is linked to agriculture, but canola is stimulating the growth of jobs and opportunities for thousands across the country.

The business of growing canola is much bigger than the farmers who plant, nurture and harvest the crop. Canola growers are supported by leading-edge researchers and companies that provide seed genetics, equipment, fertilizers, crop protection products, accounting services, business management advice and marketing services.

And as wages from these jobs are spent, the effects stimulate an even wider variety of industries and sectors from real estate to manufacturing to arts and entertainment. This creates opportunities for all Canadians, including those who are far away from the farm or the Prairies.

In total, the canola sector supports employment for 207,000 Canadians across the country1 – that’s more than the entire population of St. John’s, Newfoundland – in a wide range of jobs including research, farming, transport, grain elevation, processing and refining, and ports for overseas export.

The canola industry doesn’t just employ a lot of Canadians—it pays them well. These jobs create an average of $12 billion in wages for Canadian each year. Over the past 10 years, the total wage impact of the canola sector has increased by 80% with more jobs and higher wages.

Billions of dollars injected into the Canadian economy 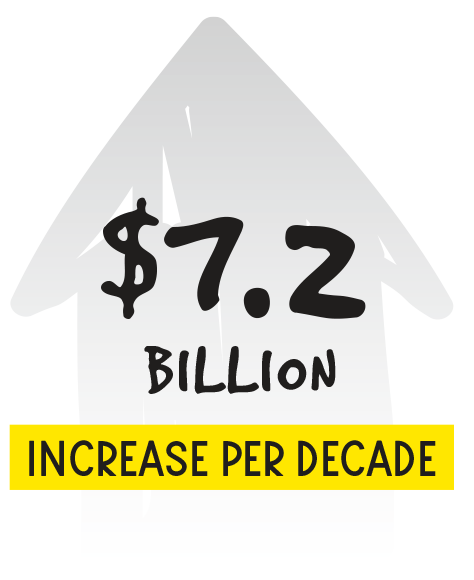 When you add up the total employment and wages generated by the canola value chain, canola contributes an average of nearly $30 billion to the Canadian economy per year – that’s a 35% increase in canola’s contribution compared to 10 years ago, representing $7.2 billion more injected into the Canadian economy.

Two of the biggest reasons why the canola sector was able to increase its contribution to the Canadian economy by $7.2 billion over the past decade are innovation and a focus on increasing productivity, and these commitments continue to drive our industry today.

Canola seed innovation, including herbicide tolerance and hybrid canola, has a strong history in providing significant yield potential to canola farmers and the value chain.

Based on yield trends in canola, we expect to see more gains in the canola seed’s yield potential – an increase of eight bushels per acre from genetics alone.

Innovation has been so important to improving both the science and economics of canola production that farmers, industry and the federal government have partnered on serious investments in research programs that will help canola continue to advance.

More than $20 million will be invested through the Canola AgriScience Cluster research program from 2018 to 2023.

Life sciences companies also re-invest approximately 10% of gross sales into research and development to provide canola growers with innovative products that will contribute to further advancements in yield, and help keep the canola sector healthy and viable for years to come.

Canola is the number one source of farm crop revenue

Accounting for about one-quarter of all crop revenue in Canada, canola is the number-one source of farm revenue for crops—and over the past 20 years, that revenue has been on the rise.