The following post is brought to you from Simone Demers-Collins of the Alberta Canola Producers.

It won’t raise your cholesterol and it’s supposed to help you lose weight, treat Alzheimer’s and boost your immunity, while giving you great-looking hair and treat your skin conditions – so say the supporters of coconut oil. So why the hype about a fat that is made up of a very high percentage of saturated fat? 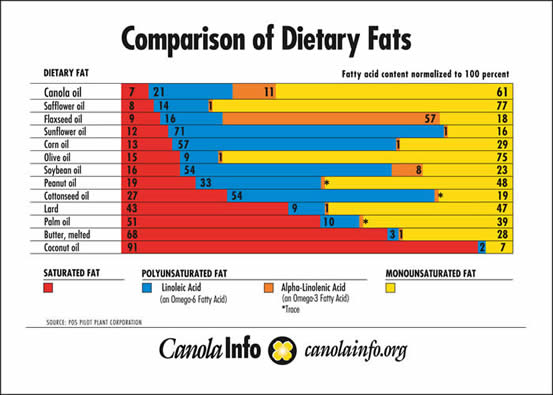 Fats contain different types of fatty acids which are recognized by their lengths:  short, medium, and/or long.  Long fatty acids are found in common cooking oils such as canola, high-stability safflower or olive.  Coconut oil has a lot of medium-length fatty acids.

Unfortunately, the research upon which these conclusions are based is limited.  First of all, the studies took place over a short period of time; so there’s no way of knowing if these results could be sustained.

Secondly, coconut oil was not the only oil used, and it’s difficult to say whether the results were due to the use of coconut, or the combination of fats used. And finally, while the studies showed changes in fat breakdown and energy expenditure, there were few changes in actual body size amongst the participants.

The conclusion:  not enough evidence!

Saturated fats are solid at room temperature. And both Heart & Stroke and the American Heart Association recommend minimizing the amount of saturated fats in our diets since it is thought to raise LDL (the lousy) cholesterol, and as such, increase the risk for heart disease.

However, there are many types of saturated fat. The predominant saturated fat in coconut oil is lauric acid-a fat found in breast milk. Lauric acid is considered to be a good saturated fat – one that will actually help to prevent high cholesterol.

A second study made an interesting observation:  that while 2 Tbsp of coconut oil did not have a harmful effect on cholesterol, subjects participating in the studies that gave larger amounts of the coconut oil had high cholesterol.  It would appear that while some may not be bad, more is not better.

Unfortunately, all the studies have been short, and the research results suspect given that the liquid oils used are both high in Omega-6 fatty acids which are being shown to raise some health concerns of their own.

Alzheimer’s disease has been referred by some as the diabetes of the brain – the brain is not able to use the sugar from food to fuel itself.  Ketones, which are produced when medium-length fatty acids (like those in coconut oil) are broken down, could be used as an alternate fuel source for the brain.

Much of what is being said around this topic is anecdotal – which means that it speaks to Dr. Mary Newport’s personal experience with her husband who was diagnosed with Alzheimer’s disease.  Dr. Newport reports that when she started giving her husband coconut oil, his condition improved.  While the rationale makes sense, it is unproven whether coconut oil could provide sufficient ketones to really benefit the brain.

While research is being done on diets high in medium-length fats and oils, these do not correlate directly to coconut oil-rich diets. To associate coconut oil directly with some of the preliminary results is jumping to conclusions.

And in the complex world of diets and nutrients, there are many others who spend much greater time perusing the research then I do and I’m betting on groups like PEN – a website with practice-based evidence in nutrition – when they conclude that at this time, there is insufficient evidence to recommend diets rich in medium-length fats. 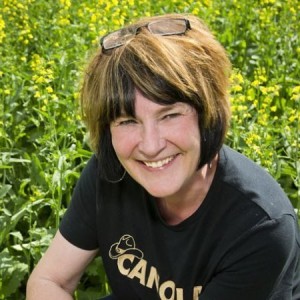