Chef John Horne’s career can best be described as a quest of curiosity. The District Executive Chef for Oliver & Bonacini Restaurants, John has been driven by an appetite for learning, from his years formally studying culinary at Niagara College, to his extensive stints at prestigious internationally acclaimed restaurants, John’s insatiable search for culinary greatness stems from his thirst for knowledge.

Returning to his roots back in Toronto at the reputable and renowned Canoe- a restaurant that celebrates Canadian cuisine, John sought to stock the kitchen exclusively with Canadian ingredients. Choosing Canadian ingredients first is a motto trickles down to the hundreds of young cooks under his careful tutelage who are being groomed as Canada’s next generation of culinary leaders. Chef John spends a great portion of his time not only inspiring these cooks, but educating them too.

Sometimes we forget when it’s right there in front of us, how special it is, whether it’s canola oil, or anything else we grow in Canada. We have everything we need at our fingertips right here, and that makes our country great and our cuisine great. 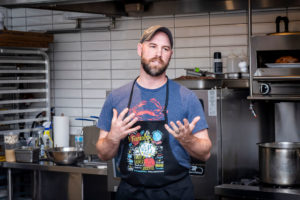 Passionate about the product as much as the finished plate, John attributes his enthusiasm for food to his inquisitive nature. His journey to becoming one of Canada’s top chefs is peppered with many stops along the way, sometimes quite literally. Chef John earnestly recalls his two-hour drive into work through The Holland Marsh, a wetland and agricultural area approximately 50 km north of Toronto, when he began working with the O&B group. “It’s a ten second drive when you’re blasting through, but when you stop and actually see it, it’s huge. And I started to meet some farmers working there to see what they’re doing, and learned about the soil, it’s so special, we need to take care of it.”

And that ethos is exactly the secret sauce for not only our burgeoning restaurant industry, but also for what we feed our families everyday at home. With our Canadian government mandating some of the strictest food safety rules and guidelines in the world, we shouldn’t need a reminder to not only eat Canadian, but be proud to. Our crops and grains are celebrated worldwide, isn’t it time we lead that trend? Shopping domestic, and putting our ingredients first makes O&B restaurants like Canoe and Auberge du Pommier world renowned for Canadian cuisine. It’s about time that we carry that momentum into our own kitchens too. 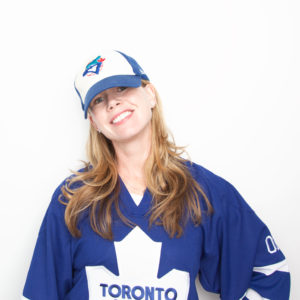